Satoshi’s Treasure is a unique team puzzle game with a reward of 200 BTC, which is more than $1k 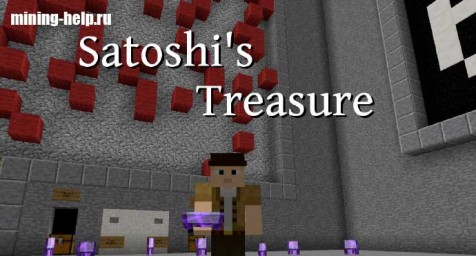 < p>The middle of April for the participants of the crypto community will be marked by the launch of an interesting project, which, as usual, is not another fork of Bitcoin or Ether. Recently, a new puzzle game called Satoshi’s Treasure became available, which as a reward offers everyone to win about 200 BTC, which today is more than $1 million. This information was published in an article on CoinDesk.

< p>Some of the hints are randomly scattered all over the planet, which forces the project participants to cooperate and divide into teams. This approach resembles the very structure of the blockchain system, when people from different parts of the world will perform the necessary actions, communicate, share information and together it will bring results. Here’s what one of the main developers of the game and the founder of Primitive Ventures, Eric Meltzer, wrote:

“I often see joking comments that we are trying to create a real crypto version of the movie “First Player get ready”. We are going to add a table with results to the project, which will show the success of the key search teams.”

The keys to the bitcoin storage were divided into 1000 parts, and to be able to interact with the funds, the team must have at least 400 fragments. “There are no rules here, just take it and play!”, – Meltzer wrote and added that more than 6,000 participants have already signed up for the project’s mailing list.

When creating the game, Meltzer received the support of 19 developers, among whom stands out Ian Myers-one of the founders of the digital currency Zcash. Apart from them, the exact location of the clues is unknown to anyone. Various puzzle pieces are hidden all over the internet, and some of them are even in the real world. Yesterday, the first hint was released and according to the community, it leads players to the Blockstream Satellite network. The following tips will be released in the next few days, which you can subscribe to and follow on the project website satoshistreasure. xyz

Users note that players should prepare for the fact that the game will receive a lot of references to real places and people. For example, in one of the first official mentions of Satoshi’s Treasure, the developers reported that they divided the wallet into parts using Shamir’s magic. This is a direct reference to the famous cryptographer Adi Shamir, who is famous for creating a mechanism for exchanging secret keys.

Later, the developers plan to add a special application that should help project participants follow the hints and not miss updates.