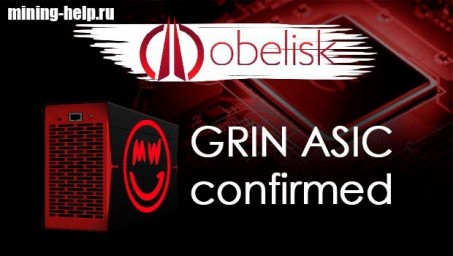 Manufacturers of cryptominers, the most famous among which are Vidtoo and Innosilicon, according to available data, are planning to release an ASIC in the near future, which will allow mining the Grin cryptocurrency, known today due to the fact that it does not have investors, premining and ICO campaign. Its maximum heyday was in 2019. If we consider the period from January 16, then during this time the currency has three peaks: $14.7, $13.3 and $6.4. The current price is $3.2, and the market capitalization is $54.3 million. As for the lowest indicator for this currency, it was $1.9.

According to the results obtained, GPU mining was initially the main method that attracted attention with a low entry threshold. After that, with the help of ASIC Miner, it became possible to start large-scale mining and receive well-deserved recognition.

Today, there is a battle between SparkPool and F2Pool for 50% of the power of the Grin algorithm. The Grin ASIC miner with C31 and C32 support is scheduled for release in August.

Those who are the first to implement the launch of Grin ASIC will be able to earn good money, as the price per unit of G1PULS pays off in just 50 days, with the condition that when there are only 274 G1PLUS on the market. $396 – average income per unit.

Mass production of the miner is currently impossible and there are reasons for this. First of all, this is due to the current level of total market capitalization, despite the success of ASIC Grin.

For example, the company Obelisk production of the corresponding miners is no longer planned.