AMD Radeon RX5700 and RX5700XT graphics cards do not work with raisers! 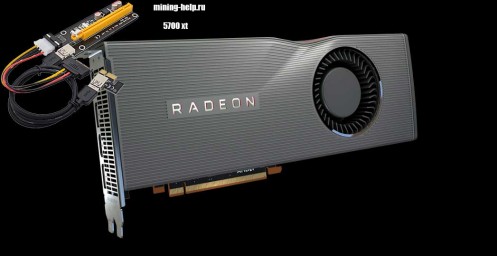 In July 2019, AMD released Ryzen 3000 processors, Radeon RX5700 graphics cards, and motherboards running on the X570 chipset. A few days later, a rather interesting feature was discovered in computers where all of the above components were used. On these configurations, when using PCI-express risers, the RX5700XT and RX5700 graphics cards operate in 2D mode and do not switch to 3D.

What are such risers intended for? They are primarily used by cryptocurrency miners to connect many video cards to a single motherboard. In addition, risers are actively used for more convenient placement of motherboards in computer cases. It was for such purposes that the Hardware Canucks reviewers assembled the computer where the above problem was found.

It is not known which riser was used. But most likely, the problem was not in its type, but in the drivers in the new AMD and in the raw BIOS. In addition, it is worth paying special attention to the riser wires, which must fully meet the requirements for PCI-Expreess 4. They must provide reliable support for data transmission not at 100MHz (as was the case with PCI-express 3), but 250MHz.

This feature should be taken into account by both gamers and miners who plan to build mining rigs with Ryzen 3000 series processors, NAVI video cards, AMD X570 motherboards. It is also important to note the fact that during the operation of motherboards based on the X370, X470, no such problems were found.