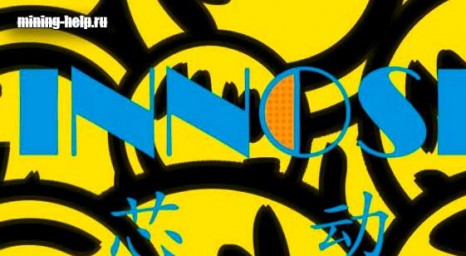 < p>In early April, the company from the Middle Kingdom Innosilicon, which is a manufacturer of various ASICs for mining cryptocurrencies, announced the release of an innovative series of devices. This equipment can only be used for Grin mining.

& nbsp; This equipment is the best in the series, the nominal hash power of which is equal to 328 GPS on 31+ and 68 GPS on Cuckatoo 32+. At the same time, the power consumption level increased to the size of 1800 W/hour. Even despite the unsatisfactory energy efficiency indicators, the Grin Miner G32/1800 is much better than the analog equipment from direct competitors. This type of ASIC will be the best choice for those who prioritize performance. The cost in the pre-order for Grin Miner G32/1800 is equal to$ 9388, and in subsequent batches it will reach the mark of $ 15,000. If the pre-order is made before August, the power supply will be included in the package.

is a mid-range device. The nominal hash power equates to 100 GPS on 31+ and 20 GPS on Cuckatoo 32+. At the same time, it is worth considering that the level of electricity consumption here is only 520 watts. The device has good performance characteristics, in fact, which determine its cost. By pre-order, the cost of the GrinMiner G32 / 500 will be equal to $ 2888, and the full cost will already be about $ 4500. The release of the GrinMiner G32 / 500 is expected for the month of August.

< p> This is the first and specific device of its kind provided by Innosilicon. The MINI prefix indicates that this is an ASIC with a relatively small computing power when compared with the analogs described above. Grin Miner G32Mini will be the optimal solution for miners who are looking for an efficient and low-cost ASIC, while being able to integrate it into classic mining installations.< / p> < p>Grin Miner G32Mini has a classic video adapter form factor, the dimensions are identical to the fan and the processor control unit. A distinctive feature is the integrated ASIC circuit adapted for Grin PoW, capable of reaching speeds of up to 21 GPS on 31+ and 4.5 GPS on 32+. The power consumption level is equal to 140 W, which is provided by a paired power supply unit.

Another distinctive feature of the Grin Miner G32Mini is the ability to connect an Ethernet port and a WiFi signal. The integrated controller greatly simplifies installation and use. No less attractive is the cost of the Grin Miner G32Mini, which on pre-order will be only $ 800, the cost of the second batch will reach$1500. The release to the world market is also planned for the month of August.< / p>

What to choose: Obelisk or Innosilicon?< / h2> < p>Today, there are several major companies that produce various ASICs for Grin mining. The company Obelisk anansirovala release of the equipment in January of the current year. If we draw an analogy with the equipment from Innosilicon, the situation looks like this: