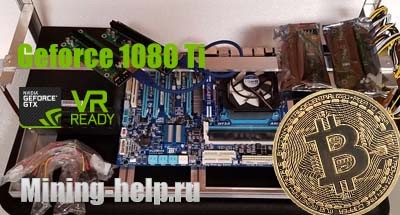 Greetings, I want to inform you that Nvidia has shown a new video card geforce gtx 1080 ti, well, what can I say, they say it could be better than the Titan X Geforce, but much cheaper and that the Titan would justify its price, in the 1080 ti, the bit depth of the memory bus and its volume were cut, so much for evil marketing. It is cheaper than titanium by almost $ 500, in terms of performance in games it is more productive by 36%, it is too early to talk about mining. It is necessary to test and make software for it as it is on the new GPU gp102.

Soon we will post the test results for different algorithms. Its approximate retail price will be$710.

By the way, pay attention to how the prices of popular crypt coins (ether, Zcash) have increased