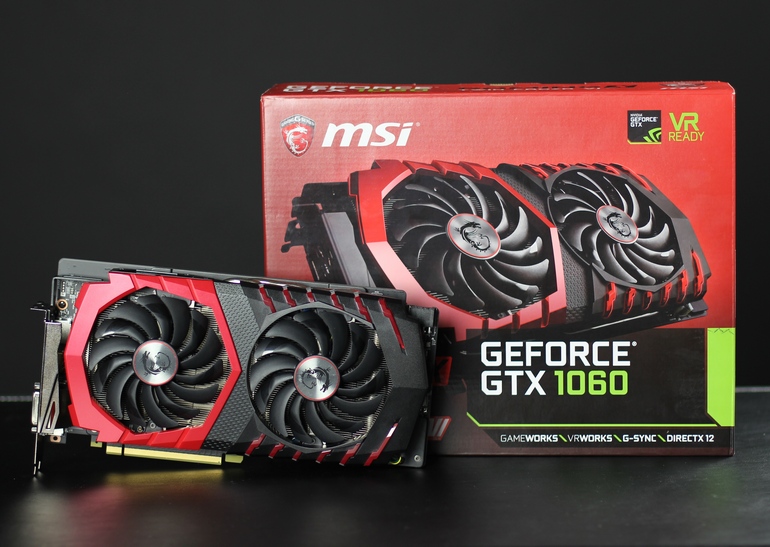 I greet you friends. Today’s article will review and test the geforce gtx 1060 video card from nvidia. We will find out its speed and hash rate on the most profitable algorithms to date, and we will also compare and find out energy consumption and income, after which we will leave our review.

In our example, there will be a palit storm x gtx 1060 3gb video card and mining on it. I will say right away that its minus in mining is that it has one fan, so the cooling is not very strong, although these cards are cold by themselves. I also want to say that the speed of the 6 gb version is about the same, so the example will be for a 3 gb video card. If you have a farm, then you can still mine, but it will be hot in a closed case. It was bought for a special offer and I got it for only 11,000 rubles (the average price of such a card is from 13,500 to 15,000). 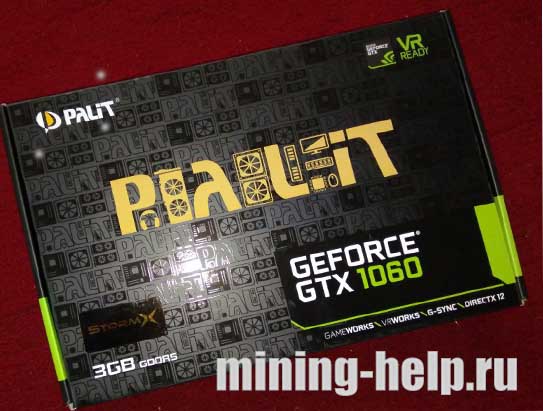 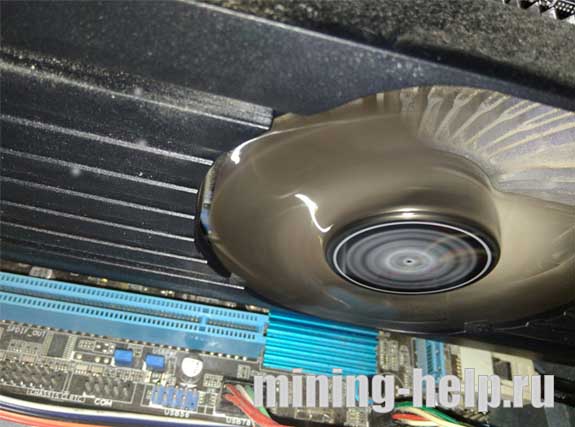 This is all we need, the rest you can see on the screen 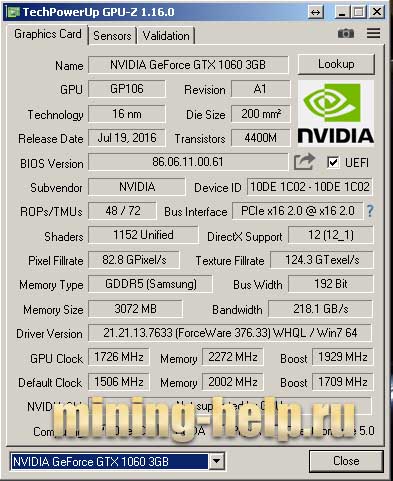 Now we’re going to start what is why you came here:

We will test the most profitable and stable algorithms and coins to date (05/17/2017). These are ether (ethereum) and zcash (equihash), we will find out their speed, hashrate and profitability, and we will also consider dual mining on gtx 1060.

So, we’ll take a look at everything piece by piece:

We will also show the income of this card according to whattomine version.

So, we’ll start with ether:

ATTENTION! Mining ether for 3 gb is not available, it can be mined on 6 gigabyte versions, the test is also on them.

Ethereum mining speed and hashrate on palit gtx 1060 from the box without overclocking on claymore eth dual miner 12.0 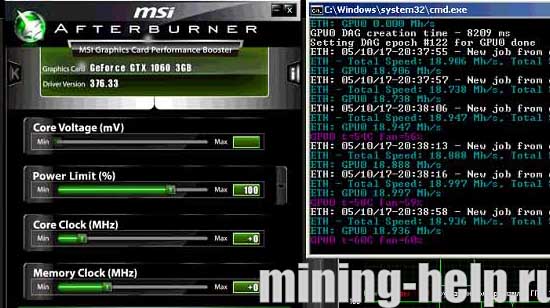 As you can see, the average speed is about 18.895 mh/s, which is not very good, but without overclocking. Consumption is about 183 watts with the system.

Now the optimal setting of gtx 1060 for mining

Mining speed and mining hashrate of ethereum on palit gtx 1060 with overclocking and optimal settings on claymore eth dual miner 12.0 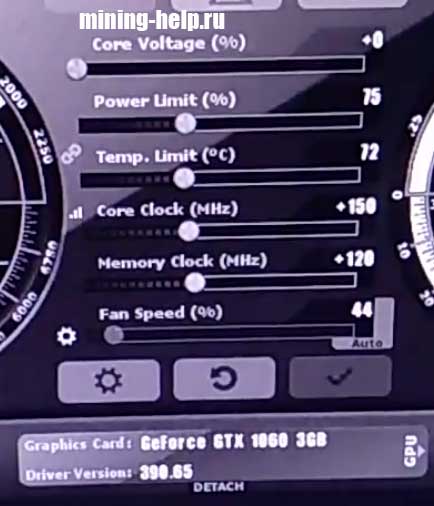 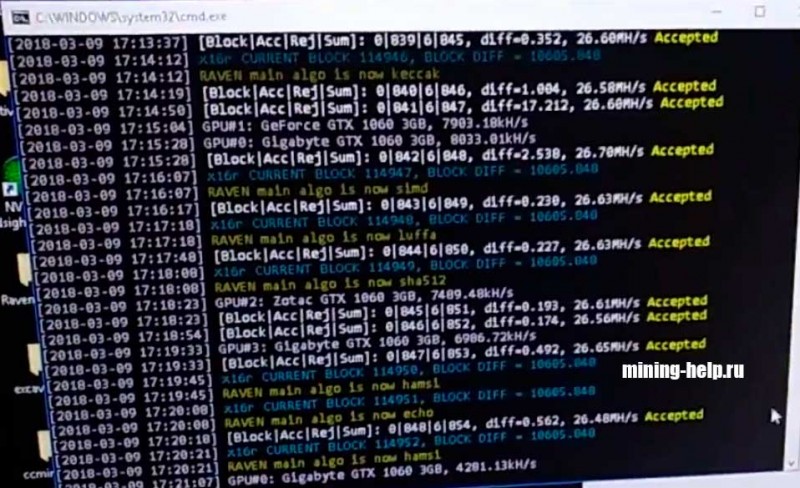 ATTENTION! Mining of ether for 3 gb is not available, it can be mined on 6 gigabyte versions, the test is also on them.

Mining speed and mining hashrate of ethereum + dcr on palit gtx 1060 without overclocking from the box on claymore eth dual miner 12.0

Further, the optimal settings in my opinion 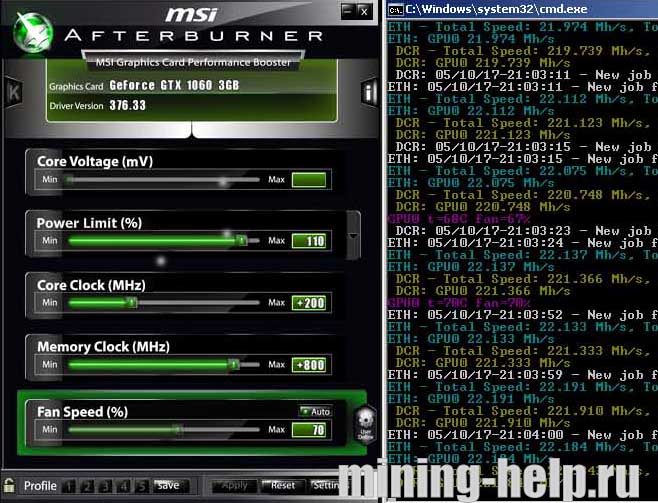 Mining speed and mining hashrate of ethereum + lbc on palit gtx 1060 without overclocking from the box on claymore eth dual miner 9.3 (don’t forget to write in the miner -dcoin lbc) 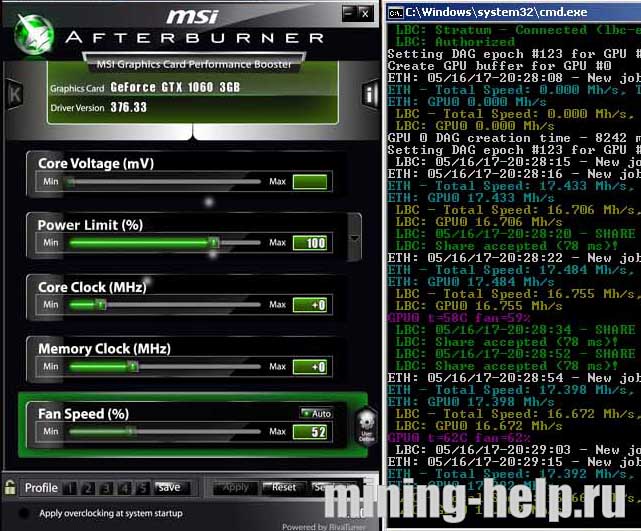 Optimal settings have not changed 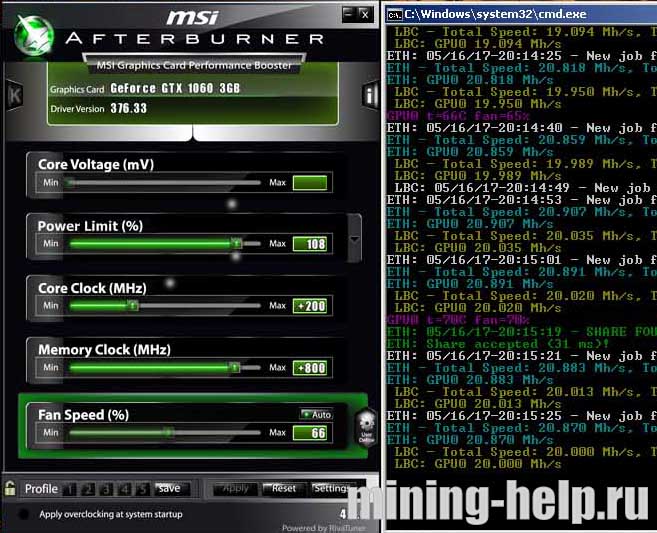 Now we will move on to zkash:

Mining speed and mining hashrate of zcash on palit gtx 1060 from the box without overclocking, with Zec miner 0.3.2b.

You can see for yourself on the screen – the average speed is 263 sol/s, which is a good result for 13,500 rubles. But that was without overclocking. Consumption together with the system is 190 watts, which is also considered a good result.

Then I spent a long time choosing the optimal settings for speed/consumption.

Mining speed and mining hashrate of zcash on palit gtx 1060 under overclocking with optimal settings, Zec miner 0.3.2b

Next, I will give you different overclocking settings for mining on a gtx 1060, without screenshots for general review

We are done with the zcash algorithm.

What is more profitable to mine? I can’t give an answer to this question, since the exchange rate is changing, but according to whattomine, today (07/11/2019) it’s better to mine ether.

By the way, gtx 1060 has become faster to mine, read the article about it – New miners for nvidia.

I think that’s enough experimentation. Our review and opinion on the gtx 1060

Pros when compared to competitor 470 (stitched):

Do you need to collect the farm? I think that if one or a couple of farms are on the radeons, then you can collect them for 1060.

Is there a firmware for the gtx 1060? – there are no 1060 firmwares for mining purposes, and they are not needed.

How to overclock nvidia gtx 1060 for mining? – Using the msi afterburner program. The optimal settings are described above in the article.

1060 3gb vs 1060 6gb for mining, what’s the difference between them? – no difference, the mining speed doesn’t change with the amount of memory, the difference is only in the price.

Which gtx 1060 card is better for mining? – the card, which is in the example of this article, it’s better not to choose. A very good option is palit dual gtx 1060. It has two fans and is cheaper, but if you are not saving, then choose something from MSI.

In general, I answered the most popular questions.

If you are not well versed in mining, then I advise you to read the article How to mine for beginners.

You can also mine more with 1060 – an optimized miner from nvidia.