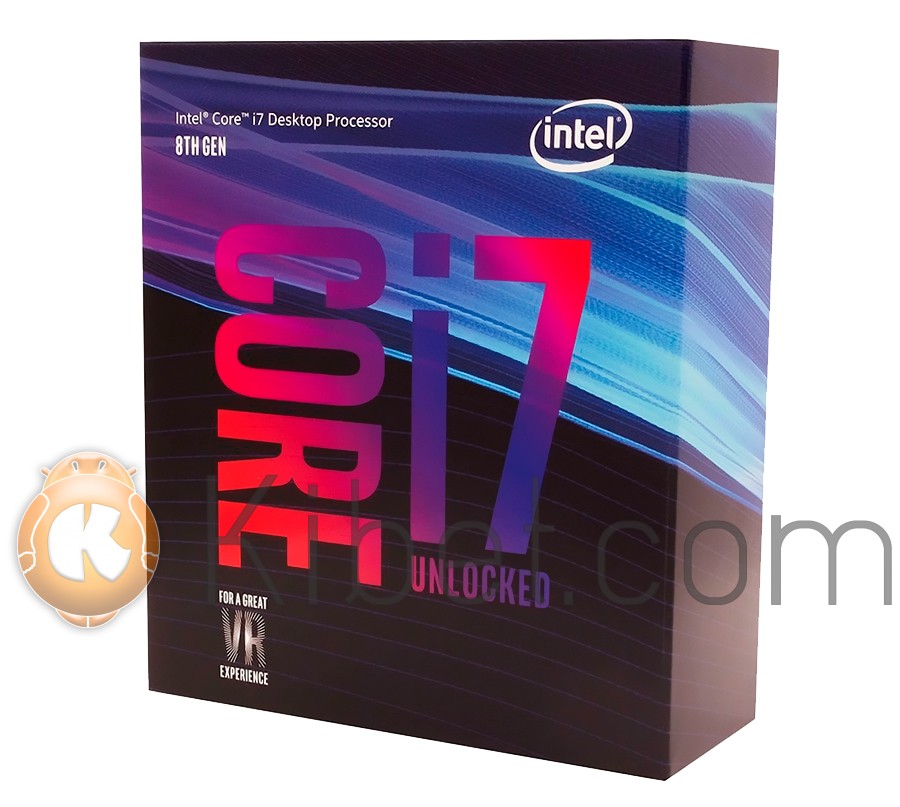 Since I purchased this processor, I wanted to tell you about the mining on it. And so let’s begin that the CPU uses a new technology coffee lake. And it is superior in many tests (not mininogovyh) classmates from Ryzen amd. And so we have Intel core i7 8700k which has 6 cores and 12 threads. It works on socket 1151 v2. In turbo mode, it develops up to 4.7 GHz. Unfortunately, I didn’t disperse it for a test in mining. Although it can easily race to 5 ghz. 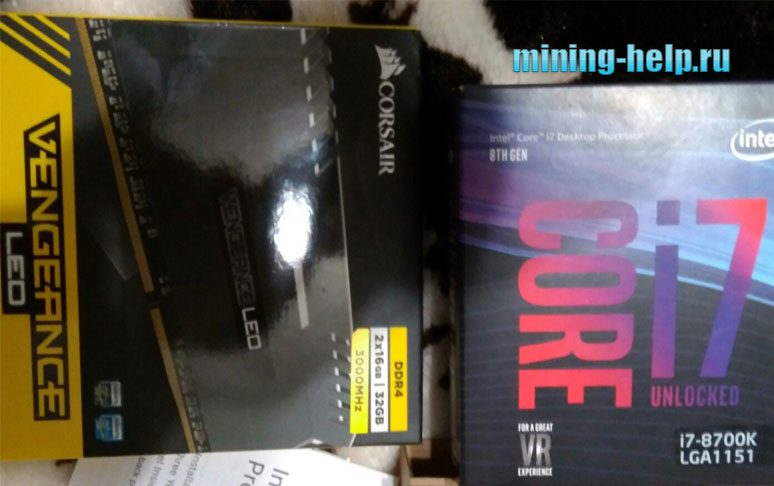 And so our processor will work on the motherboard with Z370 chipset, and with RAM from Corsair ddr 4 3000 mhz, 32 gigabytes. Deepcool gammaxx cooler gt.

Today, the most profitable currency for the processor is monero and all the coins that are minted on the cryptonight algorithm. But for some users we will still test the equihash (zcash) algorithm.

The processor is in the runoff, without overclocking. And since Claymore’s CryptoNote’s Windows CPU Miner v3.8 is not strangely the biggest result, although Xmr stak cpu usually mines faster. But it is probably because of Intel’s new architecture. Most likely, after upgrading the miners, the speed will be faster than it is now on my tests. 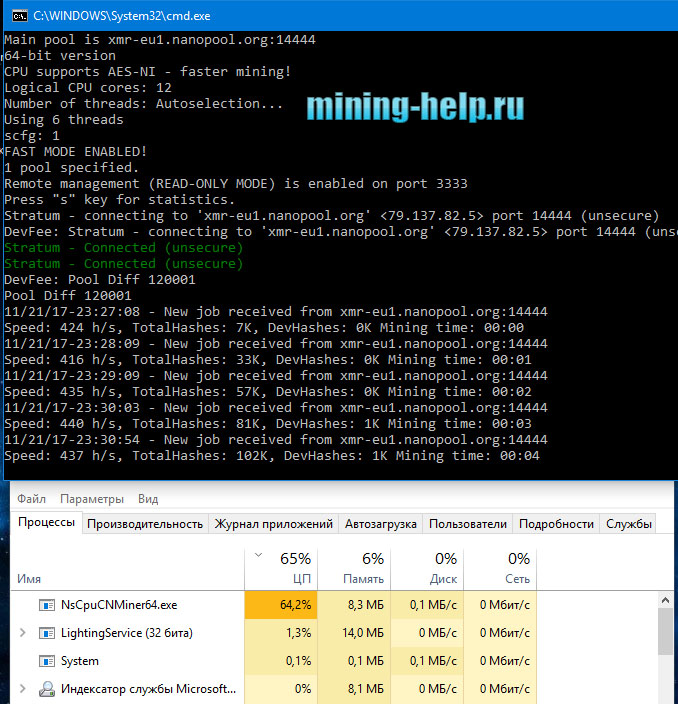 There are 6 threads in total, that is 3 cores. Here the miner chooses his own settings for cores and threads. You can download the miner here. – download Claymore’s CryptoNote Windows CPU Miner.

It’s not a bad result.

Next up is Xmr stak cpu. It’s not strange when I was in config using all 12 cores. The load on the processor was 99% and the result was worse. I started to pick up the parameters and it turned out to be best to use 3 cores (6 threads). 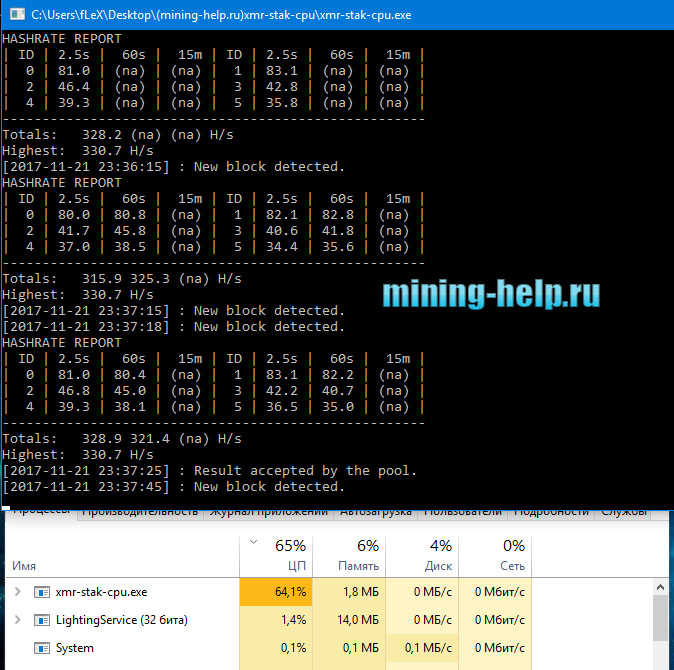 The processor is also involved, 64 – 65%. But it produces less by 100 h/s. I think it’s going to be fixed once the miner is updated. The heating was 64 degrees. The miner itself. – Download xmr stak cpu miner.

Then we decided to try the nicehash miner. He’s looking for the best. But except the cryptonight algorithm, he offered nothing. As I wrote above on the CPU, cryptonight is the most profitable, and much more so than others. 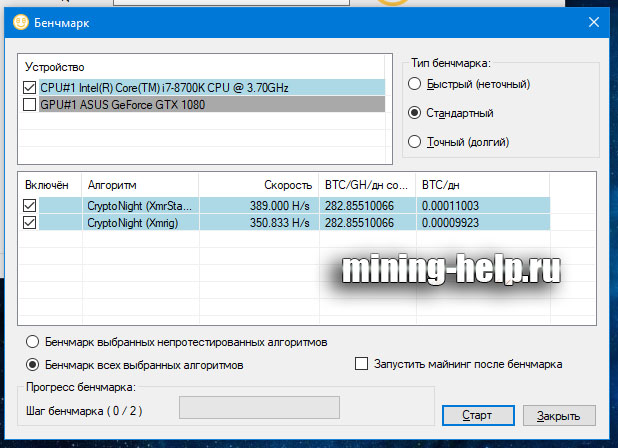 Here, as you can see, the hash showed worse results than a claymore, but better than a stack, although they also have a stack of miner. Either it’s updated, or the program has picked up more optimal settings.

And at the request of others, I tested the zcash. I’m telling you right away, if the light goes down. For those who don’t believe it. 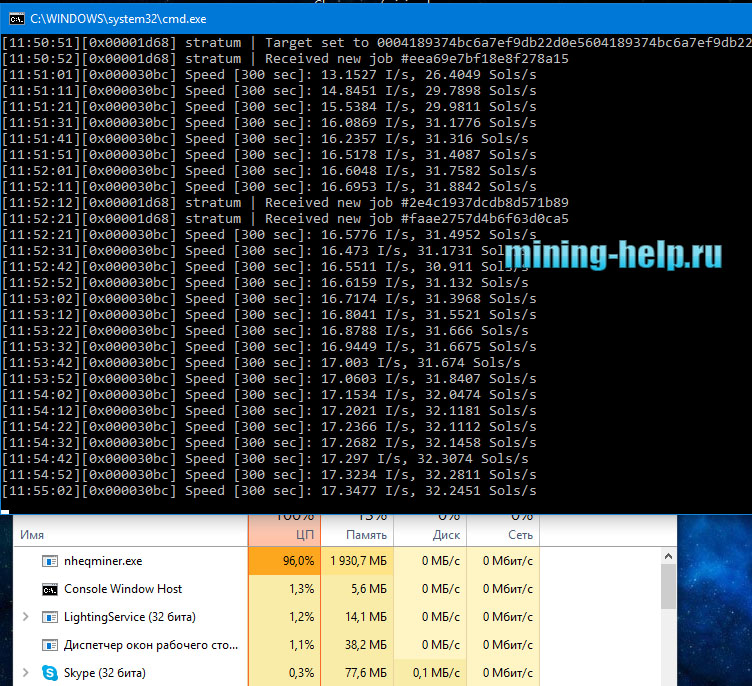 The processor I think is not for mining. But if you’re thinking it over or in your office, why not.

As long as the processor is expensive in Russia. Its real price should be somewhere between 22 – 25k rubles (or maybe less). But for now the deficit and the price are overstated.