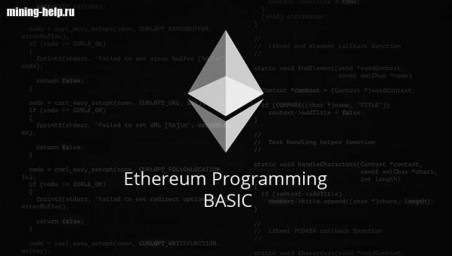 Complex management decisions have literally attacked the popular cryptocurrency Ethereum, they emphasize the elite status of large holders. In practice, this first became noticeable in 2016 in the Buterin team – the idea of forming the first decentralised organization of decent scale on smart contracts called The DAO failed miserably. Hackers attacked the network and the loss in ETH was about $ 50,000,000. The developers decided to make a fork of the Ethereum network, the team meant to roll back all transactions to the state that they were before the hack. The owners of Ethereum did not support such a policy, so the trust in the above-mentioned cryptocurrency was severely undermined.Ethereum was no longer considered decentralized and independent. Dissatisfaction with the decisions of the management team also concerned the delay in switching directly to POS mining, the terms were delayed for several years. The reward for mining was significantly reduced, there was a bomb of complexity, the old algorithm of Ethash did not change, so the cryptocurrency Ethereum began to lose its leadership position. The Ethereum network can be safely called centralized, since there are ASIC miners for the Ethash algorithm. All the accumulated problems, the support of large capacities of ASIC by the developers of Ethereum, the crisis of distrust should be solved by a completely independent and new fork of this cryptocurrency, which is called ETBC-Ethereum Basic.

< p style= ” text-align: justify;”>The recovery of the current crypto market can become an indicator of the relations of the crypto community and all events related to Ethereum. Ethereum, the second largest cryptocurrency by capitalization, is recovering its value very slowly, several times weaker than other popular cryptocurrencies.

Creating a new Ethereum Basic should solve the issues of network scaling, its efficiency, and payment optimization. A detailed roadmap is already available, showing the dates of the transition to the new high-tech ProgPoW algorithm. This will happen in the third quarter of 2019. In addition, there will be a lot of fantastic changes in the future:

Based on this, it can be argued that Ethereum Basic – this is the embodiment of the basic ideas that the crypto community wants to make a reality, but the creators have their own view on the development and future promotion of the new cryptocurrency.< / p>

The ETBC fork is characterized by a classic scheme, all holders at the time of the Ethereum blockchain snapshot will become owners of the ETBC currency in exactly the same amount. The Ethereum cryptocurrency must be stored on the local wallet during the snapshot period – at 16: 00 on May 16, 2019. If it is located on a WEB wallet or on an exchange without access to the keys, holders will not be able to get Ethereum Basic.

The launch of the cryptocurrency is scheduled for May 26 this year.

Before the start of Ethereum Basic, absolutely all people can take part in the large-scale Bounty program, for creating unique content, you can earn a new cryptocurrency. It should be a video of 5 minutes or more, or a text of more than 500 characters. On the official website or forum, you can read more detailed information about the Ethereum Basic cryptocurrency, get answers to all questions and analyze new implementations.