Patoshi miner managed to get the first million bitcoins 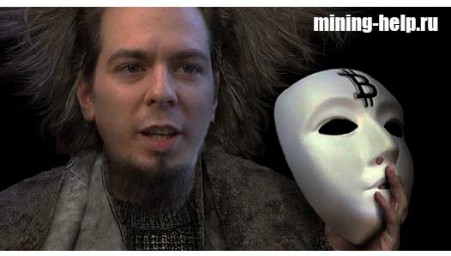 At one time, the existence of a talented miner Patoshi, who was the first to be able to mine a million bitcoins, was questioned. However, sometimes new information appears, gradually proving the close connection between Satoshi Nakamoto and the creation of bitcoin. Craig Wright’s lawsuit against Peter McCormack has seriously fueled public interest in this mysterious miner. Sergio Demian Lerner recalled that the amount of more than a million bitcoins can be in the virtual wallet of Patosha. In the two thousand and thirteenth year, Lerner, who was a responsible employee of RSK Labs, was the first to announce Patosha’s financial activities in the field of cryptocurrencies. This successful miner was able to accumulate more than 1.8 million bitcoins, of which about a million are still considered unspent.At the peak of the bullish trend, bitcoin was briefly valued at more than twenty thousand dollars, and Patoshi could become one of the most influential people in the world. Many investors took Lerner’s arguments with disbelief, but the researcher decided to deliberately highlight this topic. In his article, the researcher reports that Patoshi produced twenty-two thousand blocks, or forty-three percent of the first fifty thousand. The researcher cites four serious factors against the arguments about synchronized mining in order to prove the production of twenty-two thousand blocks. Lerner makes such important arguments as:

& nbsp; 1. Almost all of Patoshi’s cryptocurrency is not spent.

& nbsp; 2. & nbsp; After a certain period of time the patoshi pattern ends unexpectedly, and then resumes the cycle.

3. The Patoshi blocks are interconnected.4. The appearance of mining pools after increasing the complexity of mining.With these facts, Lerner refutes the arguments of skeptics who do not believe in Bitcoin Patoshi because of mining pools.< / p> < p>The researcher proves that miners began to appear a few years after the Genesis block. There were no proper technological capabilities, as well as financial incentives, to launch mining at the initial stage. Lerner informs that even before the growth of mining activity, this&the hashrate of the miner contributed to the support of the network functionality. It is known that the blocks were extracted on the same device and this is evidenced by special timestamps.