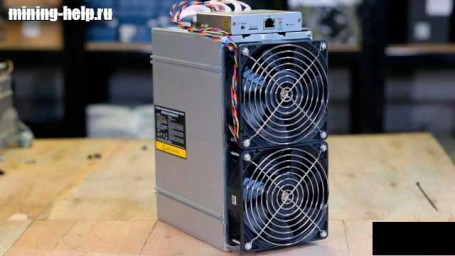 Anonymous cryptocurrencies have been in great demand recently. Even official Beijing recognized them. The Chinese corporation Bitmain has gained unprecedented popularity. It constantly pleases users with useful, multifunctional and profitable new products. In December 2018, the company released the Antminer D5 specifically for mining Dash. Recently, another new product has appeared, which is completely focused on Zcash mining. This is the Equihash Miner Antminer Z11. This mining equipment allows users to mine cryptocurrencies based on or planning to work on the Equihash algorithm quickly and efficiently.The release of Antminer Z11 is an ideal opportunity to get a good income.

In terms of capacity, the new Antminer has three times the hash power. In the standard mode, it performs 135 (ksol/s) technical operations in one second, with the ability to achieve a figure of 142 (ksol/s). This update became available 10 months after the release of its predecessor, the Antminer Z9.

The normal effective power of the equipment is 1673 W, although the novelty itself requires a consumption of 1418 W (under the conditions of the saving mode). As for the technical characteristics, the Antminer operates at the expense of nine twelve-nanometer chips. The equipment is equipped with a reliable and proven ventilation system. Even a powerful hood does not prevent it from consuming a minimum of electricity. The savings are about 60%.

< p>Bitmain is a Chinese corporation that rates the options of anonymous cryptocurrencies (Dash, Zcash, etc.) higher than the world-famous bitcoin. The specialists plan to ship the first batch of equipment on April 20. Its selling price will be in the range of $ 1,242. < /p>

Will the equipment pay off in the future? The answer to this question is of interest to many people who plan to get a good income. First, it all depends on the cost of 1 kW of electricity. Secondly, the varying overhead costs of the manufacturers play an equally important role. For example, if the cost of 1 kW of electricity is 5 rubles, then Equihash Miner Antminer Z11 will pay off in 4 months. But it is important to remember that this calculation is not accurate. In any case, future users should develop individual forecasts of the payback of mining equipment. Before buying it, people need to make a calculation using the unique “real options” method.