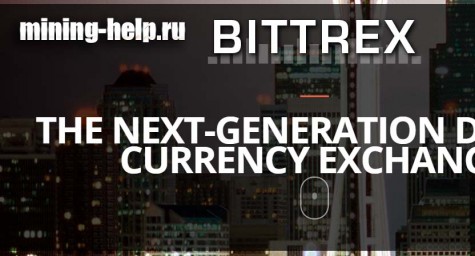 The Internet started to panic, the cryptocurrency exchange bitrex (Bittrex), changes the terms and makes new rules that will come into force on March 9. According to these conditions, residents and countries that have fallen under the embargo and certain sanctions will not be able to use the exchange.

And many Russians began to transfer funds. Let’s take a look. In theory, Russia did not fall under the embargo, and sanctions were imposed against certain individuals, and against certain sectors of the economy and industry. In short, we don’t get blocked. Iran, North Korea, Cuba, Syria and residents of the Crimea can not use the exchange fall under the block.

That is, bittrex sanctions do not fall under Russia, < strong>THEORETICALLY< / strong>.< / p>

But how it will be practically unknown. This may be influenced by politics, or they will want to squeeze the excess out of our pockets.

It is better to withdraw all the same and wait for March 9. < / strong>Yes, there will be a commission for the transfer, but it is better than losing everything. I have already transferred everything to other exchanges.

And remember, always keep your funds and trade on multiple exchanges, so it’s better and safer.

I want to advise you, good exchanges as an alternative to bitrex, which I use myself:

Binance is a good exchange, similar to bittrex, with a small commission. Large trading volumes. There is a Russian language.

Yobit is a very popular exchange among Russian-speaking users, there are a lot of crypto currency pairs! There are built-in methods for entering and withdrawing rubles and dollars.

Exmo – An excellent exchange with the Russian language. There are built-in input and output methods – rubles, dollars, euros, hryvnia. It works easily with Sberbank. The exchange welcomes miners.

Thank you all for your attention, leave your opinion in the comments!