Is mining worth starting in 2017? The relevance of mining 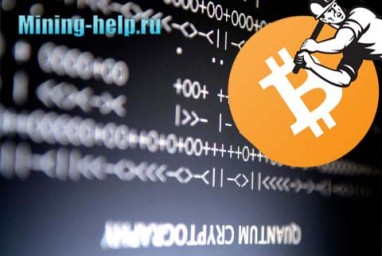 I will write an article about the sensational issue of mining.Is mining worth starting or continuing, and has it come to an end? Let’s take it all in order

Now the media is talking about the relevance of mining, namely on television, on all the news, and so on, mining is compared with some not clear MMM, pyramids, and so on. Simply put, it is hinted that mining is a scam. I will say this is not so, mining and the mining process itself is not related, and does not look like and has nothing to do with the pyramids and MMM, and Mavrodi. This is a completely different system, related to cryptography and payments, and where you invest in hardware and power, but not like any pyramid scheme.Mining is not profitable, many people say, it is not. This is what the real freeloaders say. Why do they sell mining farms? they are sold by freeloaders, who bought them in order to recoup for 3 months, when there was a pump of crypto currency, the entire currency grew, and these freeloaders began to buy cards. Where have you seen a business that pays off in 3 months? Yes, the same stores, pay off over the years. Then the currency collapsed and…..

No it’s not! Mining has returned to its normal state. At the beginning of 2017, the payback of the farm was from a year to a year and a half and there were many miners. In May, when there was growth, it was reduced to 3 months! Then the boom began, the shortage of video cards. High prices for video cards and components have become, but the end of mining has not come. Everything was back to normal again.Problems of mining steel, expensive components, shortage of video cards, increasing complexity.Why did mining crash? He did not fall, but returned to normal.

To date, the shortage of video cards has disappeared. Prices have fallen a bit, but they’re still biting. Here, of course, gamers and naturally freeloaders suffered. Freeloaders bought a lot of cards at cloud prices, and when the payback at the old price returned for a year, they got it more. They want to make millions without realizing that a year of payback is good in any business. And now they can’t sell them.Mining is falling, they say. No, mining does not have a drop, the price of the cryptocurrency has fallen, it has not even fallen, but has returned to normal. Profitability and mining forecasts, about profitability I will say that it is profitable! But you can’t guess much about the forecasts, but according to my calculations, everything will be fine. When will mining end? no one knows, but not soon

< p>
Prospects of mining and whether to invest money in mining? Here the individual decides for himself, at the moment the payback is about a year, on cloud mining less. If you still want to invest in mining, then I advise you to read 2 articles -;
What you need for mining andHow to mine Bitcoins. There is also information about cloud mining, and about the profitability of mining.

Is
it possible to earn money on mining and is there a benefit?

Of course you can, but not as much as before, in about a year everything will pay off for you. The profitability of mining still lies in active mining. Let me explain, passive mining is when your power has minted you coins, and you have withdrawn money. And active is when you learn other currencies, new ones. Which, as usual, grow, mine them and leave them to grow, as well as engage in trading on the cryptocurrency exchange. And much more, you will become an active miner by gaining experience, the main thing is to develop and learn.

Just walk around the site, there are many interesting articles for the development of active mining.

Also, if you want to help the site or you need help with mining, go to the section –
Help for the site and in mining.

Is it too late to mine? the answer is NO!