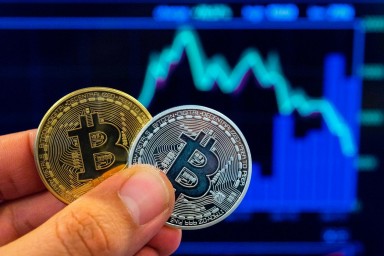 Bitcoin, the largest and most powerful cryptographic currency, has crossed the key resistance mark of $10,000 – all views are now at a critical level of $10,500,” wrote Nigel Green, executive director and founder of the deVere Group, a $12 billion financial company.

The movement for the digital currency occurs when gold prices rose amid the rapid growth of assets, which considered alternatives to cash, and stocks caused by the COVID-19 pandemic, which led most of the developed world to a deep recession.

With gold prices approaching a record $2,000, Bitcoin saw largely sluggish trading, even though fears of the virus and excessive government spending to support the economy affected by the pandemic supported bullion prices.

Some bulls in digital currency believe that Bitcoin is beginning to benefit from the same momentum that raised gold but too late.

“Bitcoin is now realising its reputation as a form of digital gold. So far, gold has been known as a major refuge asset, but Bitcoin, which shares its key characteristics as a repository of value and deficit, has the potential to knock gold out of its longstanding position in the future when the world will always be technologically advanced,” Green said.

Some experts believe that the growth of so-called stable coins, which are usually tied to a fixed currency or other assets such as the U.S. dollar or euro EURUSD, is -0.28%,

“Well, one possible reason is the growing market capitalization of stable coins,” wrote Simon Peters, a cryptographic analyst at eToro, in a note published on Monday. “For example, the Tether (USDT) crossed $10 billion this month, while the USD Coin (USDC), a stable Circle coin, is also at its highest level, reaching a market capitalization of over $1 billion. It is possible that some of this liquidity has gone into bitcoin,” Peters believes, referring to the popular Tether and USD Coin stable coins, which are managed by a consortium of companies, including Coinbase Inc. and Circle Internet Financial Ltd.

Stabilcoins, which are typically traded at a ratio of 1:1 to the underlying asset, have become popular because they can smooth out the volatility normally associated with bitcoins and can make virtual assets more attractive as digital currencies.

Bitcoin’s brief breakthrough to above $10,000 in June was not significant, but some investors are now betting that the asset will exceed $15,000 or more.

“The price of Bitcoin has crossed above 10K, and the price action now looks bullish, as the price has overcome an important psychological level, which was there for a long time,” – said AvaTrade analyst Naim Aslam in an analytical note.

“If the price of Bitcoin really gathers momentum, nothing else can compare with it, because Bitcoin is a different type of beast. We believe the next resistance for Bitcoin is 15K,” he said.