After recalculation, the complexity of bitcoin mining increased by 14.95%. 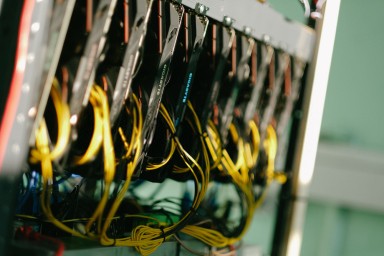 On the night of June 17, there was another recalculation of the complexity of bitcoin mining, after which it increased immediately by 14.95%, reaching 15.78 trillion. This is the largest growth since January 2018.

The difficulty was recalculated on block 635 040. The complexity of bitcoin mining is recalculated approximately every two weeks, and the current period will be the fourth in the history of the first cryptographic currency.

After half of the award to the miners, the difficulty of extracting bitcoin decreased twice – on May 20 and June 4. However, after that there was a significant growth in the network hash rate of the first cryptovolta.

If at the beginning of the month the average hash rate of the Bitcoin network was 98 EPS, then at present this figure is 113 EPS. This has led to a strong increase in the difficulty of counting.

After recalculation of the complexity, each terache of mining equipment capacity brings 0.000008 BTC per day (about $0.08). According to Ethan Vera, co-founder and CFO of Luxor Mining Pool, at this ratio of profit to Tx / s, the miners will again begin to shut down obsolete equipment.

“The new hashrait that will be added to the network hashrait will be generated by new and energy efficient equipment,” Ethan Vera said.

Previously, it was reported that after the awarding, bitcoin miners began to shut down obsolete equipment, and the total energy consumption for the extraction of the first cryptovolta decreased by 24%.