RavenCoin – April hard fork of 2020. as well as the transition to the new KAWPOW algorithm 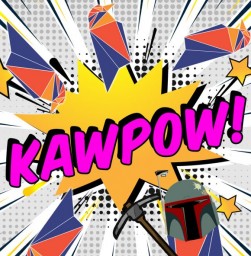 The team of developers of the Raven Coin cryptocurrency has announced another hard fork of its crypto currency to change the mining algorithm from X16RV2 to KAWPOW. This will once again free ASIC and FPGA devices from mining, leaving only GPU miners in mining. The last attempt when switching to X16RV2 did not bring success because X16R and X16RV2 are very similar in structure. When switching to the KAWPOW algorithm (a modification of PROGPOW), the developers promise a longer period of time for mining on the GPU. The date and block of the hard fork has not yet been announced, but you can already download the miner kawpowminer and configure, test your equipment on the new mining algorithm.

* What the star implies: Links marked with a * mean that we will receive a commission if a booking or a specific action is made via the linked provider. There will be no additional costs for you. Also, we won't receive any money just by setting links.
Share:
3
Author: Admin
4 April at 3:01
Rate the article on a 5-point scale
Your rating will be first
Leave a comment (198)