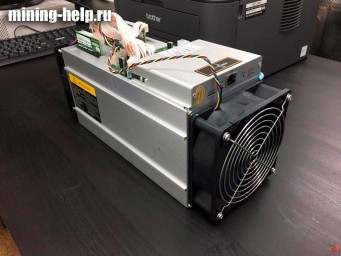 < p>Bitmain Antminer S9 for Bitcoin mining are now the most common asics. Their popularity is due not only to the long production and life cycle, but also to the fact that in 2017 there was a mining boom, when sales of such equipment broke all sorts of records. During this time, such modifications of the asic as the S9i, S9j, and S9 Hydro appeared on the market. Each subsequent model offered a larger hashrate relative to the base version, which had a hashrate of around 14TH/s. The most advanced model, the S9 Hydro, uses liquid cooling and has a hashrate of up to 18Th/s. At the end of May this year, Bitmain officially released the firmware for the S9 series of ASICs, which provides the ability to overclock in frequency, which in turn contributes to an increase in the asic hashrate by 2 TH/s.

Before you start updating the firmware, you need to make sure that the power supplies that are connected to the asics have the necessary power. Must be at least 1400 watts. If the Asic is unstable, or the hashrate is more than 5% lower than the factory indicators, in no case should you increase the frequency of operation of the chips, as this can cause much less stable operation or even complete failure of the equipment.

Although the firmware is designed for all generations of Asic models S9, S9i, S9j, however, it requires a control board Xilinx7010. If your hardware has a C5 control board installed, then the update will simply not be installed. If you still really need overclocking, you should resort to third-party firmware, as an example, Braiin OS is perfect for C5.

To update S9 to the latest version, follow these steps::

< li>Enable Asic and go to the control panel;

New features will appear in the” Miner Configuration ” after the update.

The following modes are available for the user to choose from:

In addition, you can choose to reduce the performance of the integrated circuit in the range from -0.5 to -3 TH/s.

It is likely that many will install the update not to reduce, but to increase the hashrate, which is facilitated by the new firmware. This can be done in the range of 0.5-2 TH/s in increments of 0.5 TH/s.

Before you start experimenting to increase the hashrate, you should check the power of the PSU of your ASIC, since the manufacturer provides a number of restrictions: