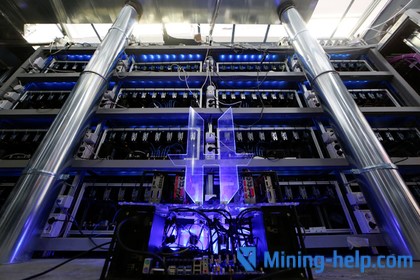 While we imagine a bunch of ASIC units when we talk about mining, some people believe that anything that can compute can mine and when you have a lot of these subpar miners, you can actually be very productive. Ukrainian officials recently performed a raid uncovering a huge operation!

The world experiences one of the most interesting shortages in history: a shortage of video cards. ASIC units were very expensive back in May and finding a new graphic card was near impossible. Well, some people are very creative and nothing can stop them when it comes to mining BTC!

Ukrainian farmers built a huge farm using PS4 consoles. They had a massive data center with 3800 PS4 consoles, 500 graphic cards, and over 50 high-end processors. All of the consoles were used to mine crypto.

It is actually quite inventive since one of the most important things for mining is memory bandwidth and PS4 consoles come with 8Gb GDDR5 clocking at 5.5 Gbps which is not impressive compared to high-end video cards but is quite great for a single unit for mining and outperforms many PCs. The raid of the police was not related to the creativeness of the miners but to the fact that they were stealing electricity to power all these less than efficient machines!

Share:
Author: Site Moderator
11 July at 19:47
Rate the article on a 5-point scale
Your rating will be first
Leave a comment (0)