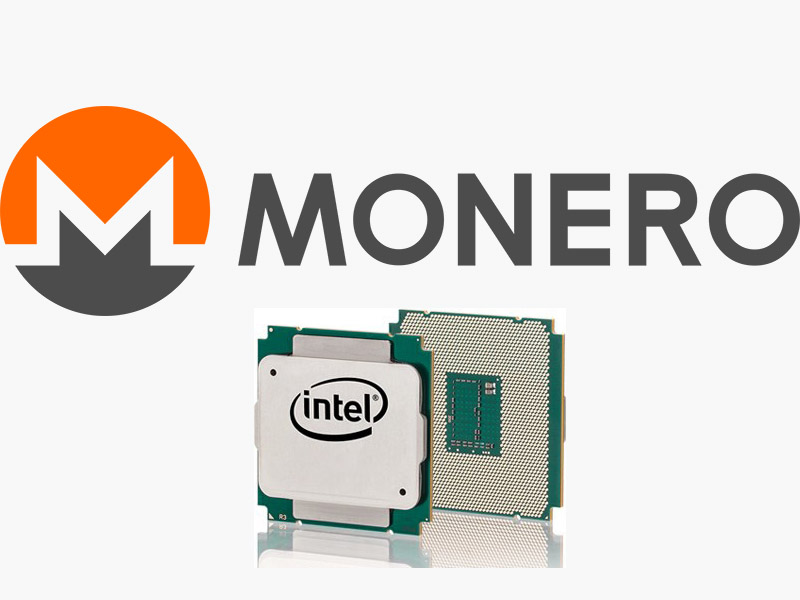 Hey. So, the first article on this site, or rather the instruction mining monero on the processor. Many people ask, but what about crypt-currency mining on cpu (processor), so I decided to write it. Here we will describe it in detail. Mining monero on cpu is not much different from mining on a video card. We’re going to set up the miner, choose a pool and a wallet. You can also tune in – Monero on Videocard.

There was another harfork, if you see the message you must update your xmr miners before block 168555 (october 18th) or they will stop working, we need to update the miners, we will redo the article soon.

Monero has switched to new algorithm cryptonightv8. We have reworked the article for this algorithm..

In order to start mining monero on cpu on the need:

2. Choose Wallet where xmr. will be lined up.

And so let’s begin. In our example will be mining monero on cpu I7 8700k. For amd processors the tuning of cpu xmr is similar (the same thing), as the miner is universal.

Let’s choose the wallet for monero. Local wallet is very mutatory and suitable only for long storage, for quick exchange for real money and medium storage advise exchange.

1. Exmo -a good exchange, easy to operate. Welcomes the miners, there are built-in methods of output for example on the map. No need for a payment ID.

3. Yobit – It’s a good exchange, lots of currency pairs. There are built-in pins, at qiwi .

I choose Exmo, and it’ll be an example.

And that’s how we sign up for Exmo. It’s simple, then we go into a private office. 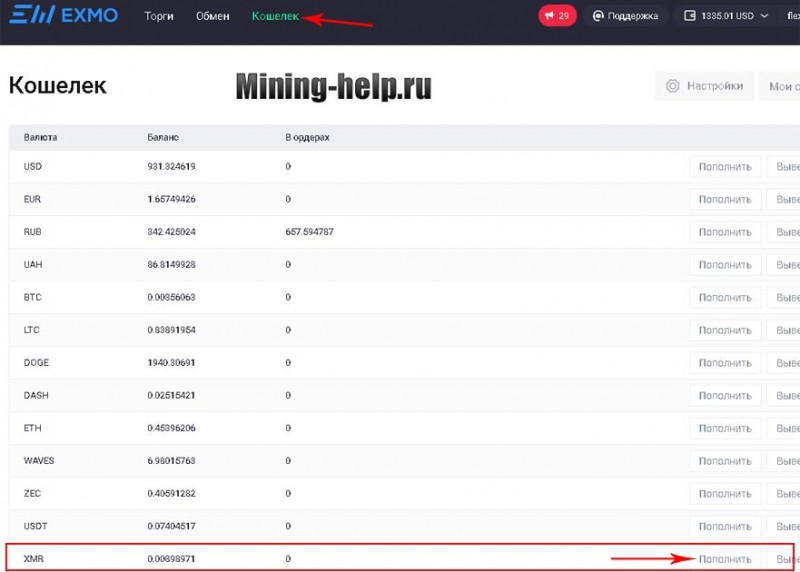 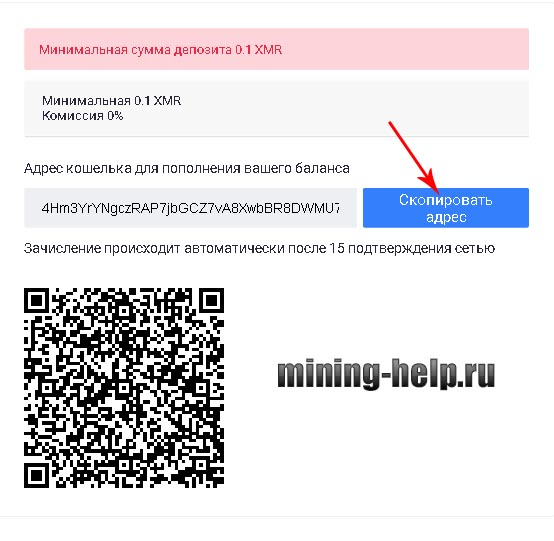 And here’s our monero address. We’re copying it. This is where we’re going to get our xmr. Meinen.

Next, we’ll pick a pool.

And now we’re gonna pick the best pool for mining the moneros cpu.

My choice fell on xmr.nanopool.org, which is an example.

And now all you have to do is download the miner and find out how to run the mining on the processor.

That’s how I chose a universal miner that will be suitable for Intel and AMD mining. Claymore’s CryptoNote Windows CPU Miner is the best miner from popular developers, you can download here unfortunately after switching to cryptonightv8 algorithm, claymore didn’t update its miner, so let’s convert it to another one, xmr stack miner, which you can download xmr stak. We are downloading the version for cryptonightv8. There will be an example on it. It’s already set to nanopool.

You can also see other Xmr miners, the whole collection is Monero miners.

And so we have downloaded the miner, unpacked it in a convenient place for you. And we have two ways.

1. Or you can set up xmr config when you run xmr-stak.exe.

2. Create a file Start.bat, so if you downloaded the miner from me, it is already created there.

After unpacking, we edit the Start.bat file, and we see

-o and then the address of our pool. In our case, nanopool.

-u and after the xmr address that we received at Exmo, you can also add Riga’s name and mail after the address. (If you do not have an Exmo exchanger, and not a local wallet, you still need to Paymen ID, which you can find on your exchanger, example -u adress.paymen_id).

And -p and then the password, for almost all the pools you should leave x.

We don’t touch the rest.

Now save and run the file start.bat. 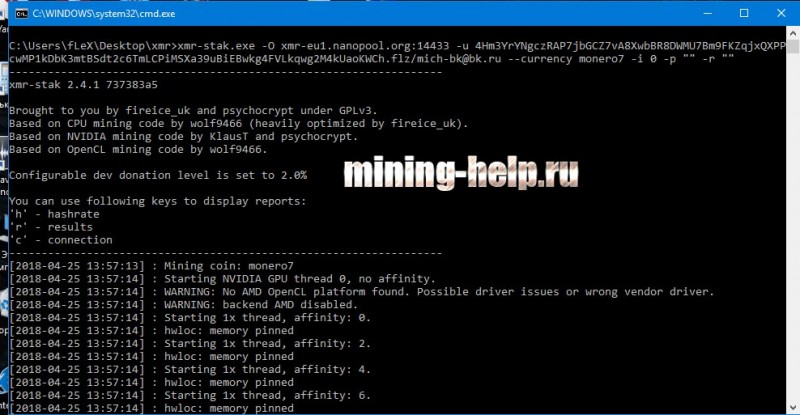 If you’ve got it set up right, it should be about the same.

Now you have to wait a little longer for the statistics to come out. Going to xmr.nanopool.org. 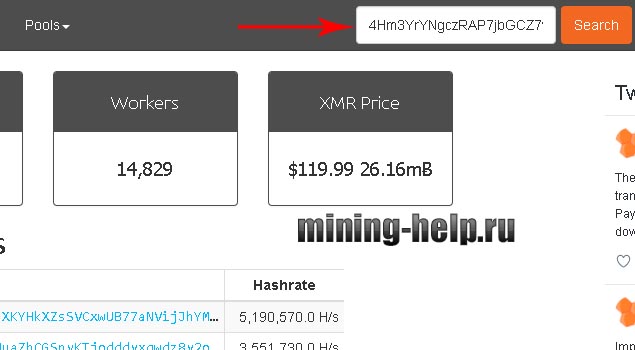 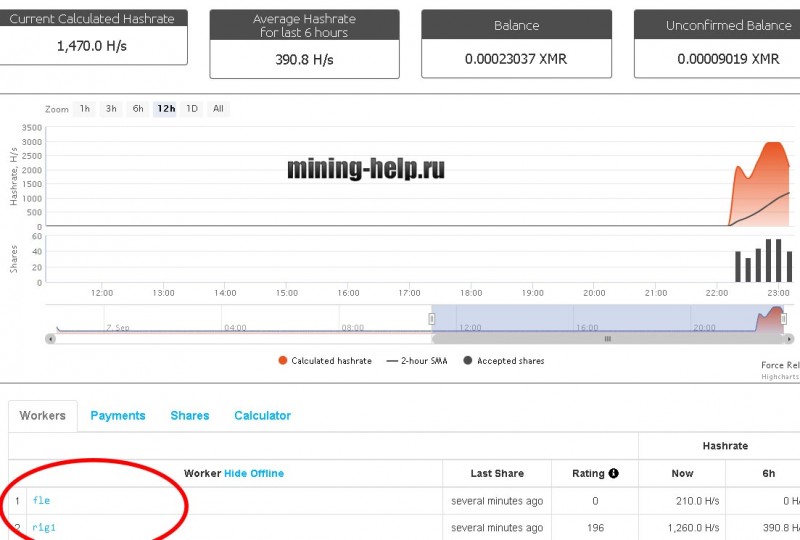 And so here are your statistics. It’ll be accurate in 24 hours of continuous mining. We’ll take it in order.

Balance is your balance.

Unconfirmed Balance – this is not a confirmed balance. After a while it will be in balance.

Where circled in red is a list of rigs, if you have prescribed them in kennel. If the riga is red, it means there’s something wrong with your mining. Now when you set the standard minimum at 1 xmr, the coin will hit you on the exmo. You can also reduce it to a minimum of 0.3 to get it out faster, more precisely. – Setting up nanopool payment.

Then when the moneur comes to your exmo, you can exchange it for real money, more here – Withdrawal from the exmo exchange.

I hope you understand how to minimize monero on the CPU.

I would like to warn you that CPU-based mining is only beneficial with the CryptoNote algorithm, while monero is minimized using this algorithm.

I also advise you to read… – Mining monero on video card.

Mining how to start.

Thank you, everyone. Bye, everybody. 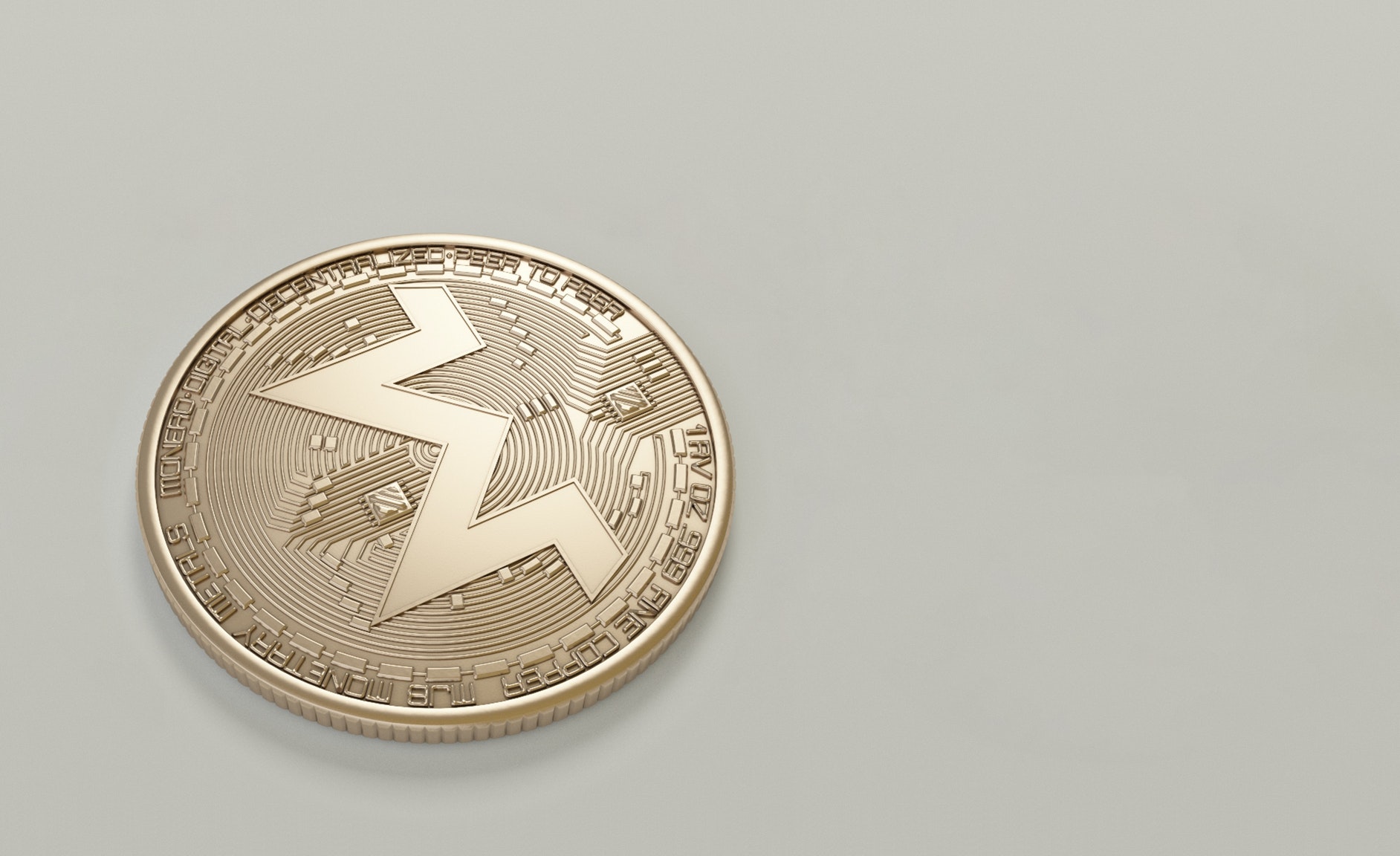