What is ASIC mining 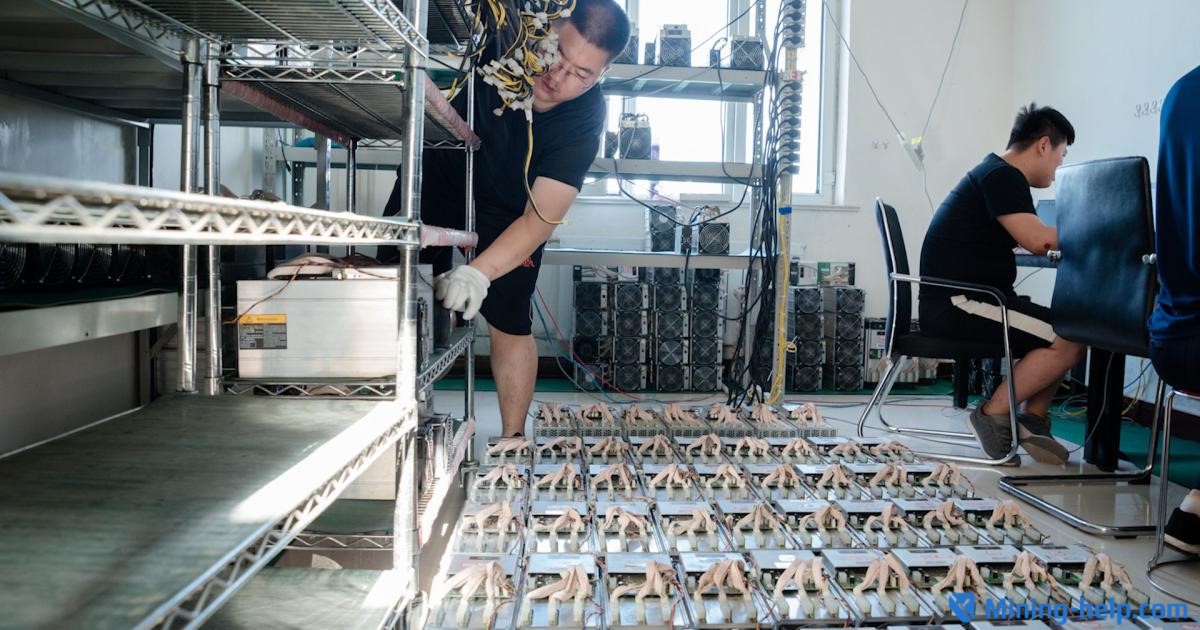 ASIC is an abbreviation of the English term “Application Specific Integrated Circuit”.

ASIC mining is no different from ordinary mining – it is all the same performing a huge amount of complex mathematical calculations in order to receive a reward for finding a new block (currently 6.25 BTC).

ASIC is a microchip focused on performing tasks of one specific type. Thus, the acceleration and increase in the efficiency of the computing processes of the ASIC in comparison with multitasking devices is achieved. 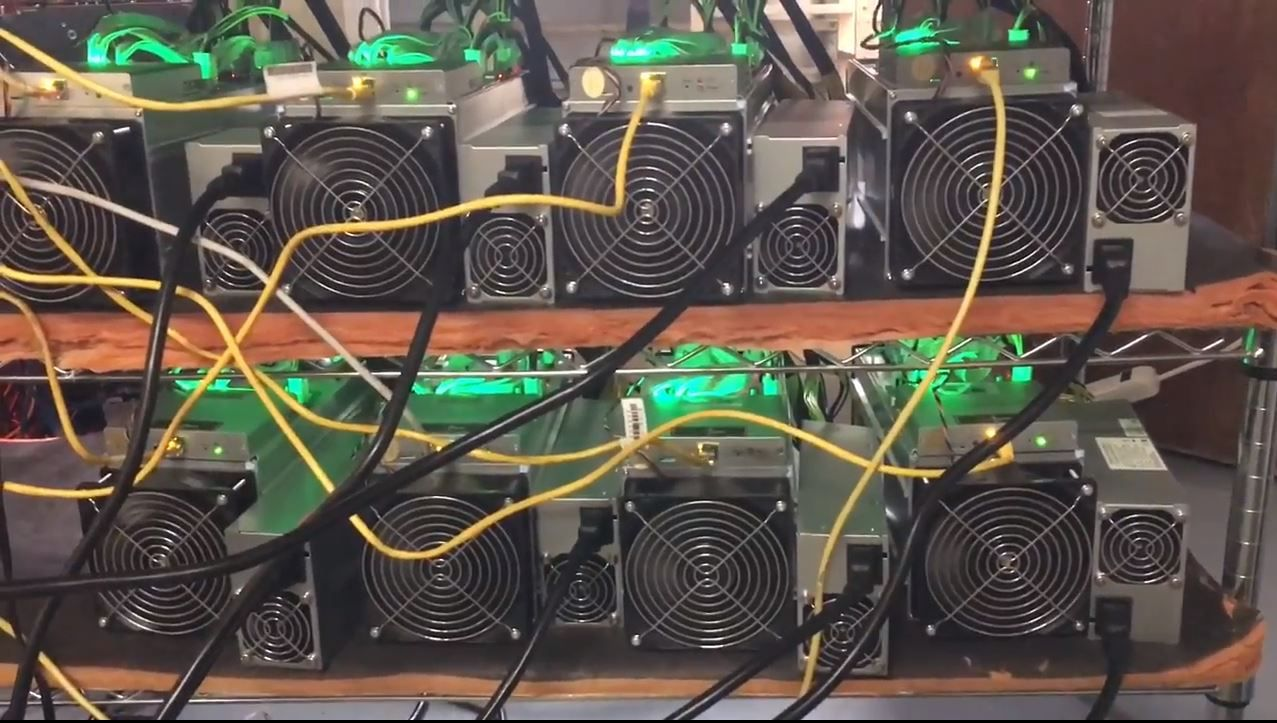 Usually, all the kinds of these devices are built from:

The first ASICs were fairly compact devices with a USB connection to a PC. However, over time, the dimensions of ASICs have increased significantly due to the need to increase computing power. Currently, the dimensions of ASIC miners are several tens of cm in width / length / height with an average weight of 4–8 kg.

All cryptocurrencies that can be mined operate on cryptographically governed hashing algorithms. A feature of the ASIC miner is to support only one of them. However, from a technical point of view, ASIC can be used to mine any other coin using the same algorithm.

For example, the ASICs on which Bitcoin is mined work with the SHA-256 hashing algorithm, which also powers Bitcoin Cash (BCH). In the case of Litecoin (LTC), this is Scrypt, Dash (DASH) – X11, Ethereum (ETH) – Ethash, etc.

At the same time, some manufacturers claim that their ASICs can be used for both Bitcoin and Litecoin mining. But the reason for this is that such ASICs actually contain two independent chips working with different algorithms.

With their help, finding a hash corresponding to the creation of a new block, with the subsequent receipt of a reward, is much faster.

At the same time, the main feature of ASICs is their main drawback – working with one hashing algorithm significantly limits the owner of the ASIC in the possible options for making a profit. When mining the cryptocurrency, for which Asic was purchased, becomes unprofitable, it can only be reconfigured to a coin “related” according to the algorithm. If there are no such options or all of them are unprofitable, that is, the ASIC is corny out of date, you can only try to sell it to someone, thus obtaining at least part of the funds to buy a new ASIC model. In the case of a farm assembled from modern high-performance video cards, you can always “train” it to mine coins using other algorithms.

As for computing power, the hashrate of the first ASIC miners did not exceed 65 GH / s, which was enough for 30 video cards. Modern bitcoin ASIC chips can replace 300-700 first-generation ASIC devices, providing a hash rate of 15-60 TH / s.

How to choose an ASIC for mining

The first step is to choose a hashing algorithm that must be supported by the ASIC – this will determine the list of cryptocurrencies available for mining with its help.

The next point that you need to pay attention to when choosing an ASIC miner is its computing power (hash rate). It is on this indicator that the mining performance and the resulting profit will first of all depend.

The approximate profitability of an ASIC, which is being considered for acquisition, can be estimated using all kinds of mining calculators, most often posted on mining pool sites, for example, NiceHash.

Each miner, purchasing an ASIC, strives to put the equipment into operation as quickly as possible without difficulties when connecting. NiceHash is a service that, relatively speaking, leases the power of your device for mining, paying money for it. The site can be used not only to connect ASIC, but also as a cloud pool. Moreover, all calculations are made exclusively in Bitcoin.

Each user can provide their own equipment for rent. Moreover, regardless of the algorithm used. In fact, NiceHash is a special auction where capacities are sold and bought at prices unknown in advance. All purchases are made on a competitive basis. For this reason, the service is one of the best for newbies.

What to look for before connecting an ASIC to NiceHash?

Before connecting the ASIC to NiceHash, the user must install the most current firmware for their own miner. This is due to the fact that some of the software versions are not compatible with this service. In 99 percent of cases, this causes an error called extranonce 2.

A prerequisite for using ASICs is hardware support for an option called extranonse.subscribe.

For those who cannot independently decide on the choice of an application for extracting virtual currency, experts recommend using BFGMiner. If your device does not support extranonse.subscribe, you should go to nicehash.com/help/sha256-mining (for Bitcoin mining) and download the correct firmware version.

It must be remembered that the device can be used to mine lower power cryptocurrencies. In this regard, the user must first test the equipment for overclocking.

How to connect an ASIC to a computer?

This question is of interest to beginners who first encountered the desire to mine cryptocurrencies and begin to master the intricacies. Experts recommend initially connecting the ASIC to the computer and only after that solve the problem of connecting to the network. You must perform the following sequence of actions:

When deciding how to connect an ASIC miner to a computer and to a global network, you must remember that a twisted pair and an Ethernet connector are needed to accomplish this task.

By following these simple instructions, connecting asic for mining and setting up the device can be completed in a relatively short time.

Share:
Author: Admin
2 December at 13:32
Rate the article on a 5-point scale
Your rating will be first
Leave a comment (0) 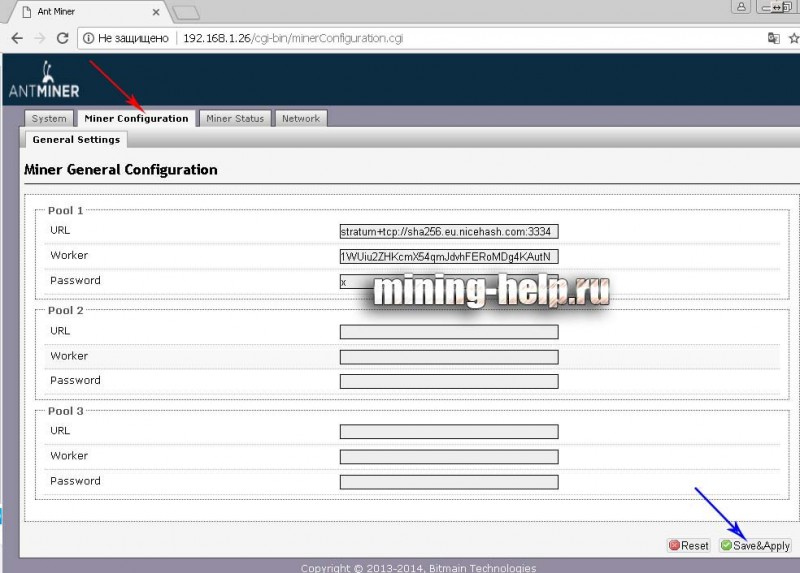