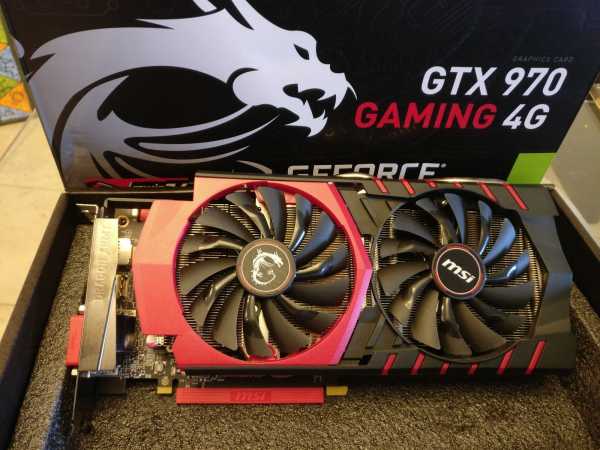 We want to tell you about the geforce gtx 970 video card, or rather how it behaves in mining. In our example will be asus strix geforcr gtx 970 nvidia 4gb, for mining will be taken the main profiteering currencies.

For mining the cryptographic software on the nvidia geforce 970 graphics card will be described – zcash, sia, eth.

And so, actually nvidia 970 is not very good for mining, let alone the old version. But for those who already have geforce 970, they can squeeze a good profit out of it.

So far, the most profitable mining direction on gtx 970 4gb. 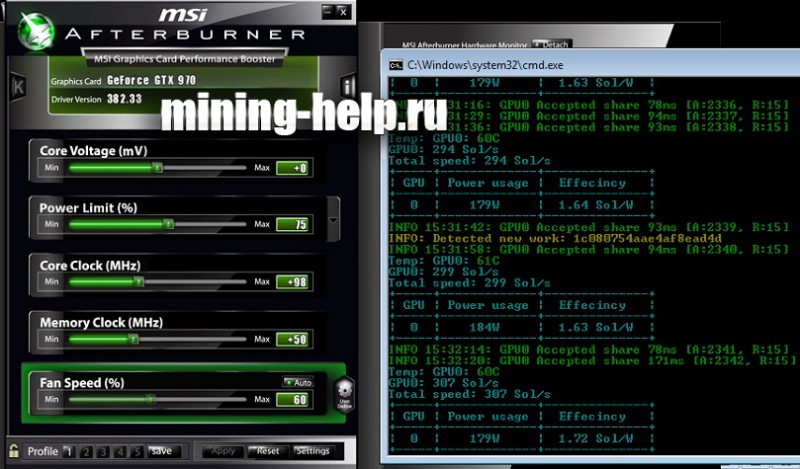 As we can see, gtx 970 overclocking for zcash mining is not very big. And more will be very unstable. The average speed is 300 Sol/s (h/s).

The power consumption of gtx 970 in zcash mining as we see is 180 watts on average.

Less profitable, but also not bad direction for mining on gtx 970. 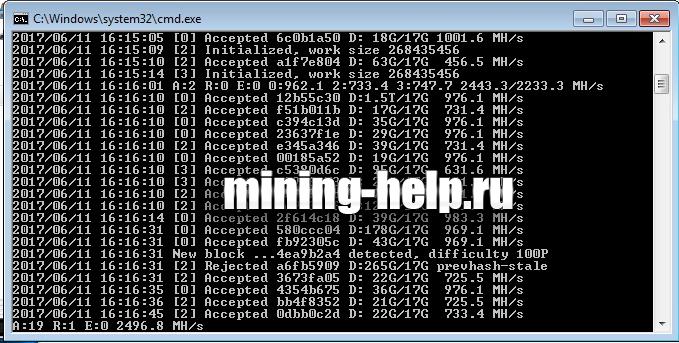 As you can see, the average speed is 2450 MH/s which is not even bad. Consumption is a little less than zcash.

The acceleration of gtx 970 for sia mining is exactly the same as in the above screenshot (zcash).

He didn’t even make a screenshot, 17 mh/s out of the box. For how much it cost, it’s very little. Kopecks. The Gtx 970 tuning for ether mining (faster) has its not big hemorrhoids. After we started trying to install different patches, play with overclocking, make changes to the drivers. At most we managed to squeeze it out at 21 mh/s, better than it was, but also not much.

Basically, if you have this video card, you can use it to minimize it. I hope our 970 video card settings for mining will be optimal for you.

970 gtx hasn’t been relevant for mining for a long time, you’d better read this article. – Actual video cards for mining.

I also advise you to read it: Beginner Mining