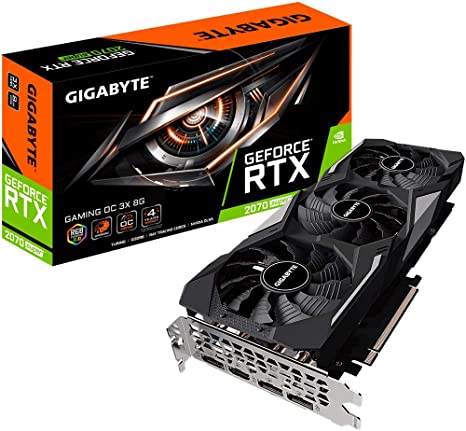 The updated RTX Super line of graphics cards from NVidia offers increased performance compared to standard RTX accelerators, at the same price. The recommended price from the manufacturer for RTX 2070S is $500, which will have a negative impact on its popularity among miners, as the cost of standard RTX 2070 should soon fall by 10%. RTX 2070S is based on the TU104 core, which has 2563 CUDA cores and 40 streaming multiprocessors (SM). The memory subsystem has 8GB of GDDR6 and a 256-bit bus. Compared to the usual 2070, the changes only affect the graphics core, and the RTX 2070 super mining should show slight improvements in algorithms that require graphics core performance.

Let’s consider characteristics 2070S in more details and we will compare it with other adapters of ruler RTX:

Based on the table, we can assume that the mining of 2070 super algorithms, which are memory demanding, will not differ from its predecessor in the face of 2070, and the results of coin mining based on the use of a graphic kernel, will not achieve the results of RTX 2080.

The result of the RTX 2070 ETH is identical not only to the previous 2070 adapter, but also to the smaller RTX 2060S card. In other algorithms, the adapter exceeds last year’s predecessor by 5-10%, but even in overclocking does not reach the RTX 2080.

The list of the most profitable algorithms for mining can be included: X16R and RT, MTP, CuckooCycle.

Next are less profitable, reserve options for mining: Zhash, Xevan, ProgPow, Ethash and others.

For 2070S mining it is not worth considering coins mined by Asik-devices and half-life, hip projects.

I also advise you to read it:

Based on the test results, the RTX 2070S does not differ much from the standard 2070, the situation is slightly corrected by overclocking, but even with increasing frequency adapter does not reach the RTX 2080. In our opinion, the main task of RTX 2070S is to bring down the price of RTX 2070. In terms of usage the adapter turned out to be successful, even the reference version doesn’t warm up above 69 degrees, and models from Asus and other manufacturers work at the steady temperature of about 65 degrees. During testing in overclocking mode video card consumed up to 250 watts of power and to build a farm of 6 adapters will need a power supply of 1900 watts or two to 1000 watts. As a result, you can recommend buying a cheaper RTX 2070 adapter or consider buying a smaller number of older RTX 2080 or Ti models.