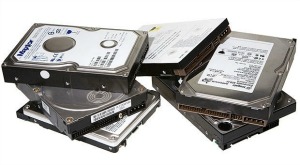 Many people ask the question, which hard drive to choose for mining on a GPU farm? Hdd or Ssd? And how much volume? A very common question, which is very easy to answer. 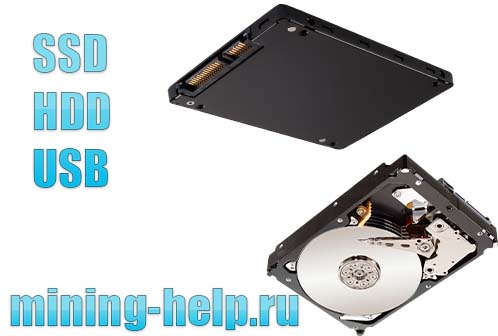 What kind of hard drive for mining

As we know, we have two types of hard drives, ssd and hdd. SSDs are solid state, have higher speed, but at the same price as HDDs with smaller memory capacity.

How big is the HDD for mining? 60 gigabytes is enough.

So, which hard drive is better for mining, hdd or ssd? Both will do, but better ssd!

3. slightly less power consumption, which reduces the load on your power supply. You won’t notice the difference in the electricity economy from 1 to 5 farms, but if you have 30+, I think there is a difference.

4. The price of SSD for 60 gigobytes is equal to the price of the cheapest HDD. If you don’t do anything on the farm except mining, I think the choice is obvious. Ssd for farm mining is good.

You don’t need more than 60 gb of ssd for mining.

So it’s up to you to decide which hard disk to put in the mining. I wrote the differences from HDD. If, of course, you have an unnecessary working HDD, you can not bother.

Memory swap from your hard drive for mining (swap file), must be at least 20 gigabytes.

It’s possible from a USB flash drive. But if you have a USB interface below 3.0 (and the flash drive itself), then except for the Linux you will not put anything there. If, for example, you put Windows 7 on 2.0, it will take you 30 minutes to boot the operating system once and 3 hours to install. And about Linux is a separate topic.

If you have the interface usb 3.0 or 3.1 and above and of course the flash drive itself, you can put windows and minimize, but I would not save on matches. Time is more expensive.

If you have questions, ask in the comments.

I also advise you to read it:

What do you need for mining